During a meeting with the leaders of the Faculty of Islamic Studies (FIS), the leaders of the State Council of Quality (SCQ) and the Kosovo Accreditation Agency (KAA) talked about the connection of the education system with cultural and religious values in Kosovo.

The Head of the SCQ, Professor Hasnije Ilazi, said in this meeting that the application of quality standards has a positive impact on all institutions of higher education, including programs of a religious nature.

The director of the KAA, Naim Gashi said that the proper education for traditional religious values influences the preparation of cadres who fight the negative phenomena in societies in general.

The Dean of FIS, Professor Fahrush Rexhepi, said that since 2012, when this institution has undergone the accreditation process, it has greatly influenced the improvement of the quality of education offered to students.

The leaders of the SCQ and KAA also met the student representatives of this faculty. They have presented their ideas, not only for improving the general conditions for students, but also for higher education in general. 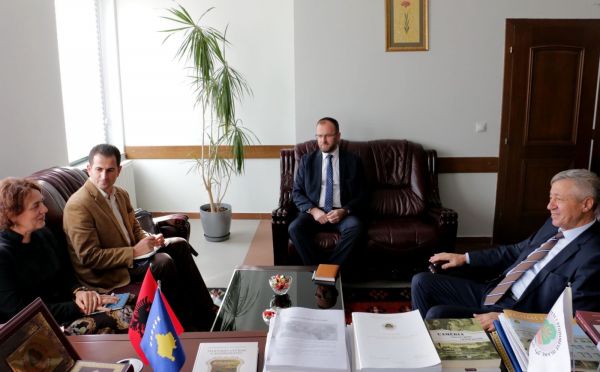