This project will contribute to the digitalization and automation of all processes in the KAA and will enable increased transparency to the public.

KAA now has the implementation project for the digitalization and automation, which next year will be operationalized and put into function for all actors of higher education in the Republic of Kosovo.

The implementation of this project will be done with the funds of KAA and international donors, to increase the satisfaction of all stakeholders, including students, the academic community, civil society organizations and the wider public.

The KAA thanks the Embassy of the United States of America in Pristina, for the ongoing technical, financial, and institutional support, to strengthen our internal capacities and transfer knowledge to local staff, and to increase transparency and accountability. 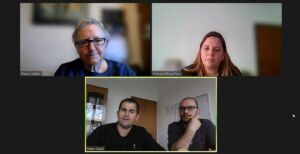