EU Office in Kosovo: We are impressed with the work of the Accreditation Agency

The Acting Head of the European Union Office in Kosovo, AnnaCarin Platon, said that she is impressed with the good work of the Kosovo Accreditation Agency in the last two years.

“I would also like to congratulate the Agency for the good work, and as it was mentioned it has also been presented in our (European Commission) report for Kosovo. Especially in the challenging circumstances of the last two years, I am impressed by your achievements. Especially also considering the workload that you had and the number of staff”. Said Platon in the ceremony of presentation of Accreditation Agency activities for this year.

“I hope that this trend will continue, and that ultimately you also achieve what you strive for and regain the membership of the two European quality assurance bodies (ENQA and EQAR). This process itself also brings the much needed transformation of the higher education sector, higher quality standards, lower student-teacher ratio and ultimately ensure that the degree holders are more adapt to the highly competitive labour market in Kosovo and abroad” said the acting head of EU Office in Kosovo.

“I think that more than almost any other place quality education is important for Kosovo with its very young population and also such great interest in perusing higher education. With around 130 000 students Kosovo has almost doubled the EU average per capita. It is important that such large number of degree holders have recognition for them and those degrees facilitate to get jobs both in Kosovo and abroad” she added.

“It is very encouraging also that the current government declares education their priority and I hope to see this commitment materialised through larger shares of fund for education, better legislation and increased focus on quality.

Kosovo cannot afford any further delays if it wants to tap into its youth’s potential and as you all know there is a clear link between how much a country invests in education and its socioeconomic development” said AnnaCarin Platon.

She added that higher education providers also need to understand the need to reform and adapt to the ever changing world economy and technology and therefore engage in a constructive discussion with the KAA.

“From our side, we have and we will continue to support. Education is our priority. In our policy agenda, education features in our key policy documents. It is one of the three pillars of the European Reform Agenda, and together with the promotion of employment it is a very important element in the economic reform program” said Platon.

“Regarding the Law on Accreditation Agency, we have provided our comments to the ministry and they have been included in the draft that went through the assembly. We will follow the discussion in the assembly closely and will be happy to provide further expertise in case that is needed” she added.

Since 2007 the EU has invested over 34 million euros in education, and more than half of this amount was invested in the past 4 years. There plans to increase the amounts but we would like to see even more leadership from the government side so that our joint efforts will bare results” said in the end of her speech the Acting Head of the European Union Office in Kosovo. 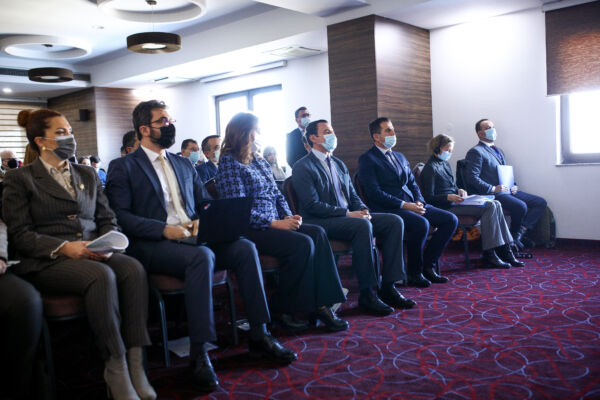